The orange cassette was a demo that we were giving to friends and I think we sent some out looking for a label.

The cassette demo “album” had an orange cover, and it was distributed at gigs. Some of the tunes on the orange cassette included “Show You All” sung by Rob, “Route 666” sung by Greg, “We Know You’re Out There” sung by exiting Neal Beattie and entering Tim Baker and “High Speed Love” sung by Tim Baker.

Orange cassette label is fine, but missing Orange compact audio cassette, and missing the most sound and it’s missing lyrics as well. Do you have a

We recorded a 12 track [ed: 11 track] demo cassette (the “Orange Album”) in 1979 [ed: 1978], which we sold locally and at shows. “Bite of the Worm” and “Witchdance” from that cassette are on “Servants Of Chaos”. We sent the cassette out to a lot of  record companies, but I think they were all looking for another Van Halen at that time, so we decided to release an album ourselves.

Armed with their own Dokorder reel-to-reel 4 track recorder, Cirith Ungol whapped out a tape chock full of their blistering tunes.

All the songs on this CD were recorded in our 10 x 14 practice room in Rob’s parents’ house on our trusty Dokorder 7140 4 track reel-to-reel and Teac Model 3 mixer.

The bootlegs and the genuines

The first demo are the The Orange Album – December 1977 with yellow/orange background. Mr. Goniloc talked about funny records on video (30 May 2018) on Cirith Ungol. Amongst other thing, The Orange Album released maybe 2018, and is fake. Does it really exists the fake demo in real, or just Internet? Probably just Internet.

The next one is the self-titled Cirith Ungol (1979) and cover is “Praying Skeleton” on white skeleton on black background. And it is also bootleg. Not sure about it’s date, but some years earlier. Maybe released 2002? I have never seen before, just media. Does it really exists the fake demo in real, or just Internet?

Now, there are two demos, The Orange Album (Dec 1977) and the self-titled (1979), or vice versa. There is a Cirith Ungol’s discography that has also has two demo releases, f.ex. Wikipedia, Metal Archives, Youtube, this-metal.com, that-metal.com etc.

But all of these two are fake.

Very funny! The first two releases shown were actually bootlegs. The second was derived from a concert poster I drew!?

I have never seen that, however the art is from a poster I drew for the band I looked and could not find that one in my archives, but still looking.

The first demo Orange/red tape is nicknamed “Orange album”, etc. (Aug 1978) is genuine. Except that, all of pictures are fake, counterfeit or bootleg. 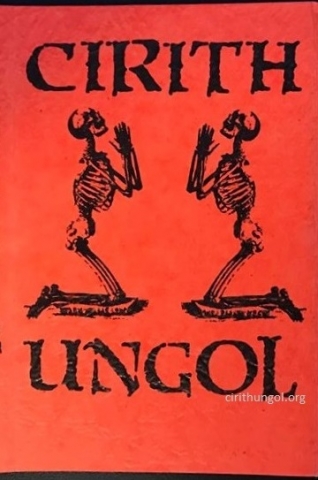 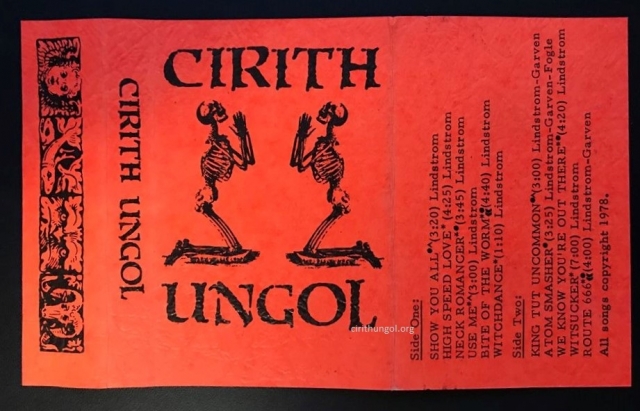 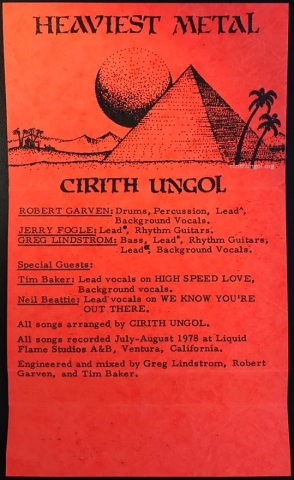 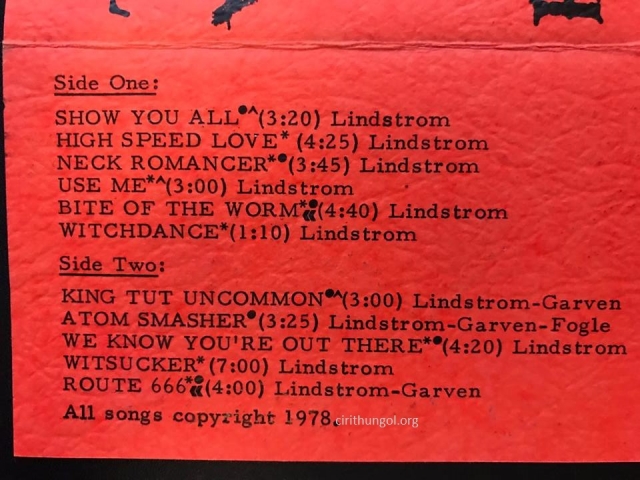 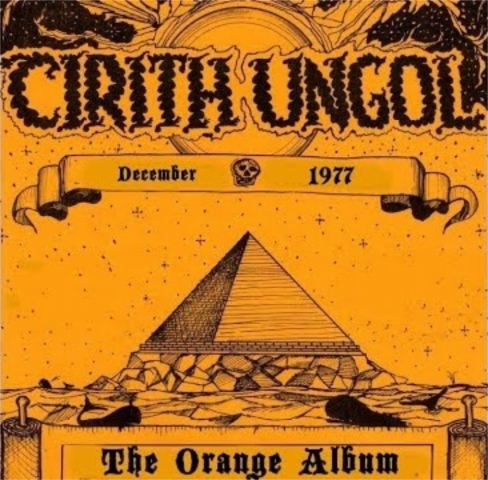 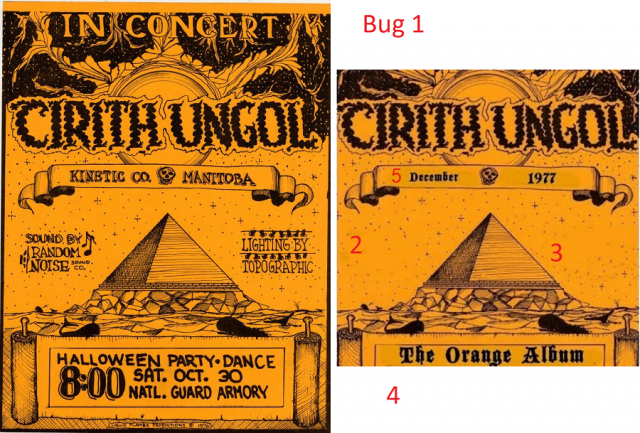 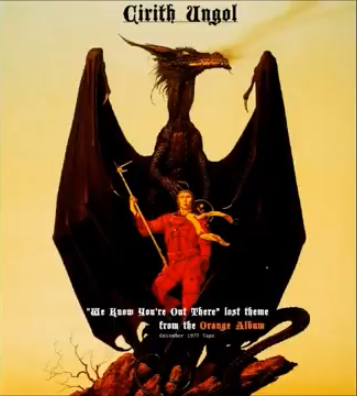 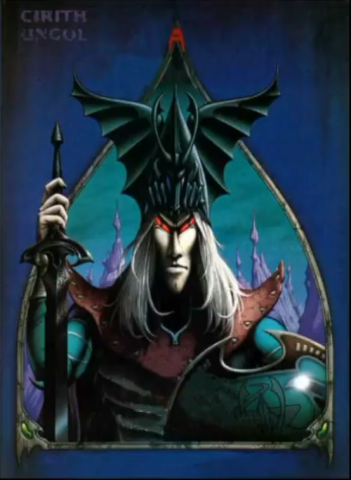 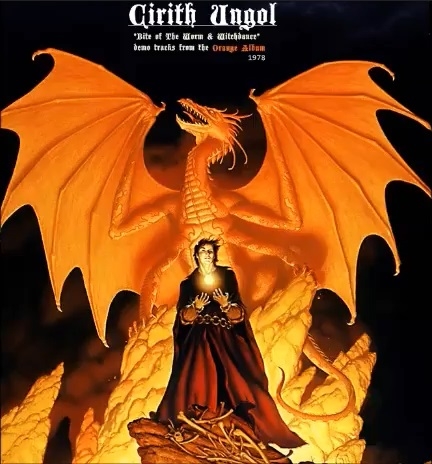 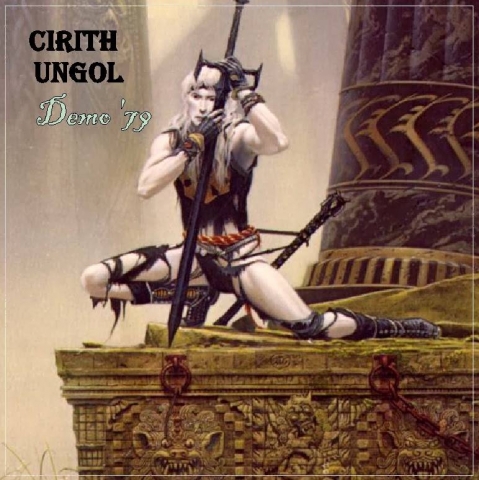 A short brief with titled:

The second geniune and the last demo are the first Frost and Fire. Sound identical, but not text and pictures.

Check it out: The Orange Album

These links are automatic generated links and may not always give the best search result. Sometimes you might need to refine the search after having tried any of these links. If you know about any good deal for The Orange Album, don't hesitate to add a link in the comment field or in the forum. 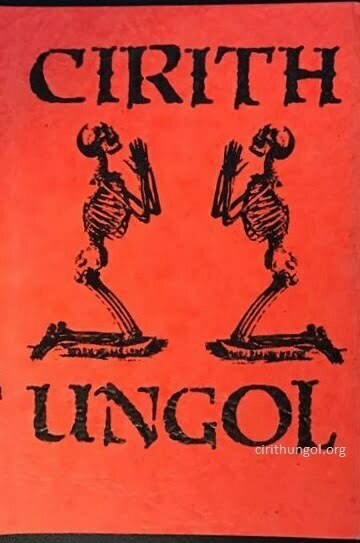