Band Pentagram
Back to...

Both Greg and Perry of Falcon are fans of Pentagram. They even got Bobby Liebling from Pentagram to sing on the track On The Slab on the debut Falcon album. Their story are a bit parallell to Cirith Ungol. They are both US metal bands, starting up in the early 1970’s and album debuted in the 80’s. Pentagram released their fourth album in 1994 (Cirith Ungol released their fourth album in 1991), but contradictory to Cirith Ungol, Pentagram are still active, both in studio and on stage.

I would love to hear PENTAGRAM do “I’m Alive”. I think Bobby singing would really add some poignancy to the lyrics.”

Check it out: Pentagram

These links are automatic generated links and may not always give the best search result. Sometimes you might need to refine the search after having tried any of these links. If you know about any good deal for Pentagram, don't hesitate to add a link in the comment field or in the forum. 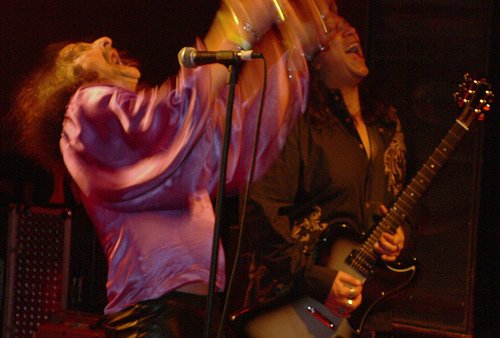