Song Frost and Fire • Performed by SpiritBell • Recorded on Sat 01 Jan 2011 • Originally by Cirith Ungol
On releases
Original version
Back to...

A cover version of Frost and Fire by Hungarian metal band SpiritBell.

SpiritBell was made by Patak ’Pixi’ Sándor (vocals, lyrics) and Zoltán Márkó (guitar, bass) at the end of year 2010, after secession from the band Aiming High (Accept/Iron Maiden tribute). Previously we made only covers , but we would have play our own songs, so we’d started a new project. At first we’d working with digital drum lines, but after some months we said: „We need a real drummer!” Then we found Ákos Heil, a young and talented drummer (from the band Verona). We made some records as trio with Zoli’s home studio apparel, but the quality is not so bad – in contempt of circumstances. This first material is including all the things which we like, all the music influences of the bands and artists who we hold in high esteem. Naturally we’d like to make live shows too, our either aim is to have a fix concert band and to play at utmost places in the near future( hope we found a bassist, we have a name nowJ). So we are working on our first album, and ’till our own songs will be finished, we make some covers in the studio(Cirith Ungol, Accept, Tormentor and many more…). Why? Naturally because we like theese great bands and we are fans of them! And Frost And Fire is one of the best old school metal songs, we love it! Maybe this cover will be released on CD, but only in that case if it’s not problem to Cirith Ungol menbers… We don’t have a label currently, we don’t have money, we are just a little metal band from Hungary, but we are true in our hearts and we make everything what we can for our beloved music. 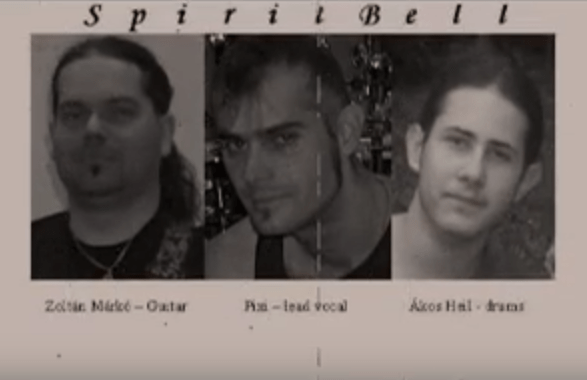