Sometimes sold by whisperer in the darkness at eBay. Description is: “A simply fantastic item containing a über rare recording with the band from the Country Club, Resada 14/10/1983, which according to many was at their absolute musical peak! Sound quality is enjoyable and the tracklist is simply fantastic! The recording is from the gap between Frost & Fire and King Of The Dead, so the band plays some of their most treasured songs from their earliest era. The set is just fantastic and Tims vocals are nothing but killer! This one is a absolute must for Cirith Ungol fans or anyone into early US heavy metal!”

(Thanks to Marcus from Sweden.)

I just got this from eBay. It is a bootleg album recorded live at the Country Club, Resada, 14 Oct 1983. The sound quality is decent and there’s a pause of silence between each track. The booklet has some liner notes written by The Battle Axe Team. It is stated that it is a “Fan produced bootlegg recording 1983”. The CD is as expected a CD-R, like all other bootlegs by Battle Axe. Fans who read the tracklist will get excited to find out about a song listed as “Bastard”. This song is sadly just Master of the Pit. I don’t know why they chose to call it Bastard, either it was actually called Bastard before it was renamed to Master of the Pit on the album, or they called it to draw attention and sell more CD’s. Either way it really sounds like Tim could be saying “this song is called… Bastard” at the beginning of the song, but I’m unable to hear it properly. This CD is not a must, but a nice item for die-hard fans. Best version after one spin: I’m Alive. 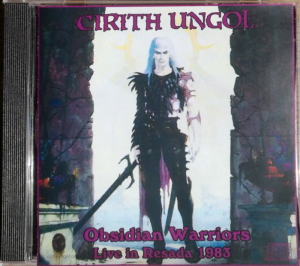 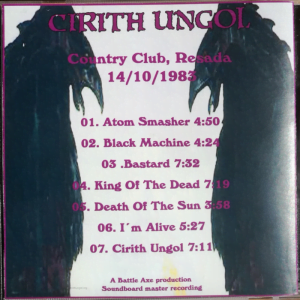 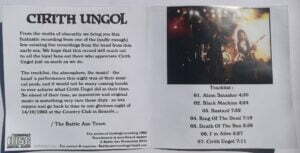 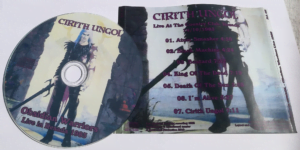 Check it out: Obsidian Warriors

These links are automatic generated links and may not always give the best search result. Sometimes you might need to refine the search after having tried any of these links. If you know about any good deal for Obsidian Warriors, don't hesitate to add a link in the comment field or in the forum. 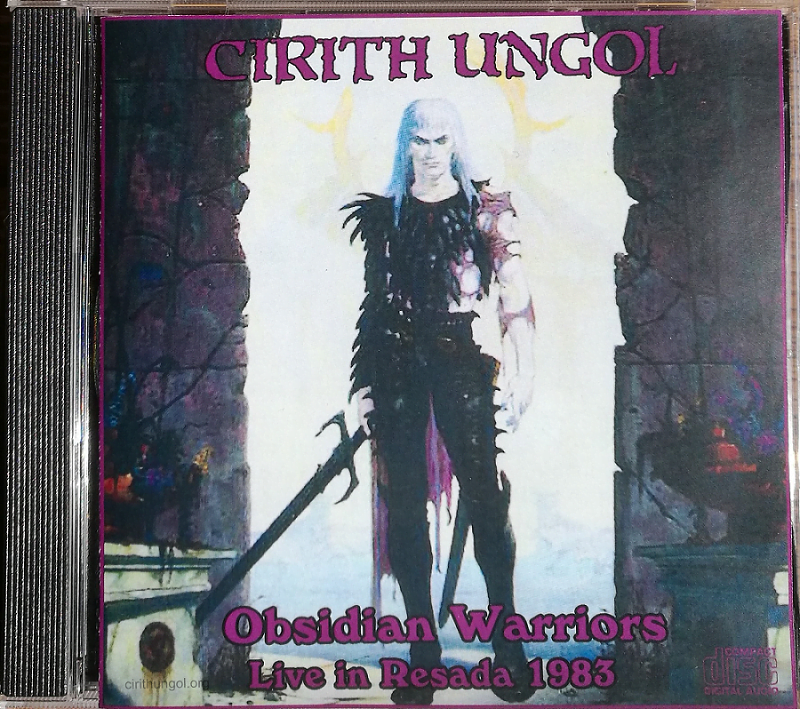 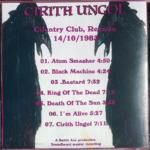