Frost and Fire / King of the Dead 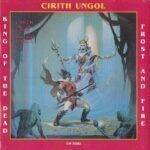 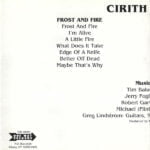 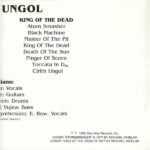 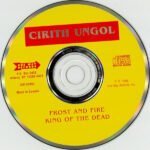 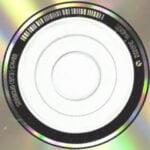 Almost identical to this one Frost And Fire / King Of The Dead, but without SID code.

Made in Canada for US release.

Compilation including two complete albums: Frost And Fire and King Of The Dead. The first edition was released in 1992 on Reborn Classics. It was the first time these albums were printed on CD.

MettleAngel: I know I purchased all my Cirith Ungol re-masters on Metal Blade, and I just played them the other day. I wanted to ask you if the One Way Records 2 on 1 CD of ‘King Of The Dead’ And ‘Frost & Fire’ is official. This was the first way I was able to get these originally on CD, before the Metal Blade re-issues were unleashed.

Robert: Yeah, that one is official, and even if we were not properly reimbursed, at least we approved of the 2 on 1 release. There were still legal issues though. The Reborn Classics version was not an official release!

MettleAngel: Oh Yeah the Reborn Classics Boots are shit. That guy took everything off vinyl, and sold those boots for a fortune! I fell for a few of those back in the day too. I assumed the One Way Records was legitimate because I got my CD at Barnes & Noble, and they would not sell bootlegs.

Check it out: Frost and Fire / King of the Dead

These links are automatic generated links and may not always give the best search result. Sometimes you might need to refine the search after having tried any of these links. If you know about any good deal for Frost and Fire / King of the Dead, don't hesitate to add a link in the comment field or in the forum. 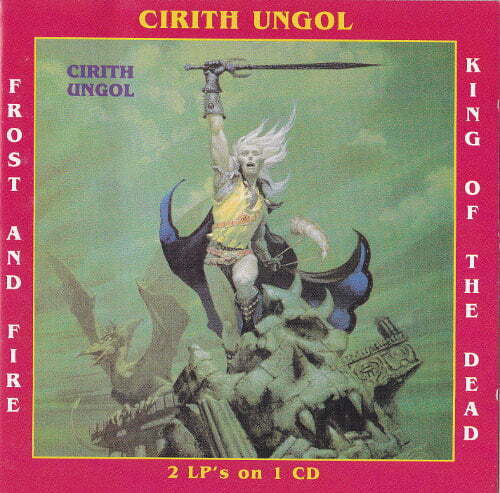