Available at Underground Symphony. One Foot In Hell is one albums stamped “masterpieces” which is credited in the thankslist for having inspired them.

I chose a song from that album because I am a great Moorcock appasionate and that was one of the few songs dedicated to the Elric’s Saga. You can notice I placed that song after the other songs regarding Elric on our album “Return to Imrryr”. I give a great importance to that character for my compositions, since DoomSwod is my way to call the sword Stormbringer, ruler of the Moorcock’s multiverse.

It seems we are very popular in Italy for example, where a really cool band called DOOMSWORD has done a cover of our song “Nadsokor”.

There is a band in Italy called DOOMSWORD who did a cover of a song of ours, “Nadsokor”. I think they are very cool.

The only CU cover I’ve heard of is “Nadsokor” by the Italian band Doomsword. I conpager it a great tribute to have a CU song covered.

Greg Lindstrom, The Corroseum interview. (This was about five years before the tribute album was released, circa 2001).

These links are automatic generated links and may not always give the best search result. Sometimes you might need to refine the search after having tried any of these links. If you know about any good deal for Doomsword, don't hesitate to add a link in the comment field or in the forum. 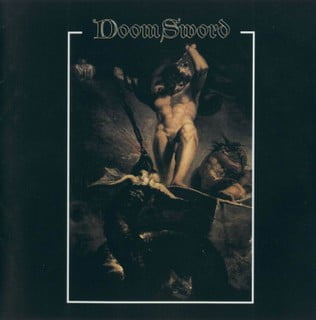