A Little Fire LIVE
Back to...

I just received some really cool news that needs to be shared with all Ungolfans out there!

Californian cult metal legends CIRITH UNGOL will release their new live album, “A Little Fire – Live” in December 2010 via Liquid Flame Records. The first live album ever by these metal veterans, will have the classic line-up from Frost and Fire, that is Baker, Lindstrom, Fogle, Flint and Garven. All tracks were recorded between 1979 and ’82. As a bonus, it will have two additional, previously unreleased tracks taken from the recording sessions for the unfinished, fifth album. The cover artwork was created by Michael Whelan for the Elric novels.

That will make a great christmas present! 🙂 Please note that the cover shown here will not necessarily reflect the final work. Read more about a possible Live-album here (information from before this live album was announced).

The above announcement was a rumour set out by me at the old Cirith Ungol website on the 1st April 2010. Needless to say, many got disappointed when they soon after found out it was just an April joke. The rumour got viral. Metal-Archives was updated to set the band’s status to “Active”, new posts and topics were made on various forums around the world and a handful of editors copied the announcement to their own webzines. Some of the pages are dead now more than five years later, but there’s still a bunch of results to be found. Just copy the announcement text to Google or any search engine and see all the results that are still there. 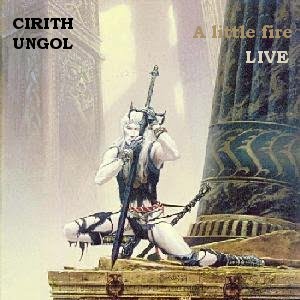 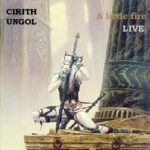