we are extremely happy, that for KEEP IT TRUE 2020 we can announce something that we have never done before. We will dedicate the festival 2020 to the greatest and most cult underground metal band ever: CIRITH UNGOL. They will exclusively headline both days, with completely different setlists. Friday they will be playing a completely secret setlist. Saturday they will be joined by original bassist Flint and play the first three albums plus rare tracks! Reuniting UNGOL was such an amazing part of all our lives and we want to celebrate that as long as it is possible. There are few, who deserve such a dedication, UNGOL deserves it most!!

After we tried so many years, finally we were able to book THE Japanese Metal Legend. LOUDNESS will perform an exclusive 80s setlist dedicated to the albums from “The Birthday Eve” till “Hurricane Eyes”. They will be the absolute coheadliner with a longer than usual playing time and will play all their early hits. Makes us so happy!!

We are proud to present an exclusive Old School Show by Bay Area Thrash Masters HEATHEN. Their first two albums “Breaking The Silence” and “Victims Of Deception” are among the top Bay Area Thrash classics and the band is a monster live. After so many years, we present them back on stage!

Since their first show at KIT, American Epic Metallers VISIGOTH grew so much in popularity and their last album was the best in 2018. Welcome to a triumphant return.

Also we are very happy to see the return of the mighty METALUCIFER. Gezol and his legions will deliver fistraising metal hymns again.

We are also proud to have the amazing SABBAT from Japan for the first time at KIT. For us, they will perform a very special set of their 80s songs.

REALM are a legendary US Metal/Speed Metal band that released two killer albums but never made it over to Europe. We are happy that we could finally get this band over in their original line up.

No KIT without NWoBHM. After being part of our unique NWoBHM Anniversary show, TRESPASS will now play in full glory a special set with all their 80s hits.

One of the best newcomers in the Speed Metal genre comes from Germany. VULTURE deliver Speed Metal like no one else does nowadays. Sharp Riffs and shrieking vocals are the basis for this Underground Metal inferno!!

We are proud, that we can present the very first show of GENOCIDE NIPPON outside of Japan. They are a real cult band and maybe not known to many, but they have dedicated followers and its such an honor to host their very first show in Europe!! 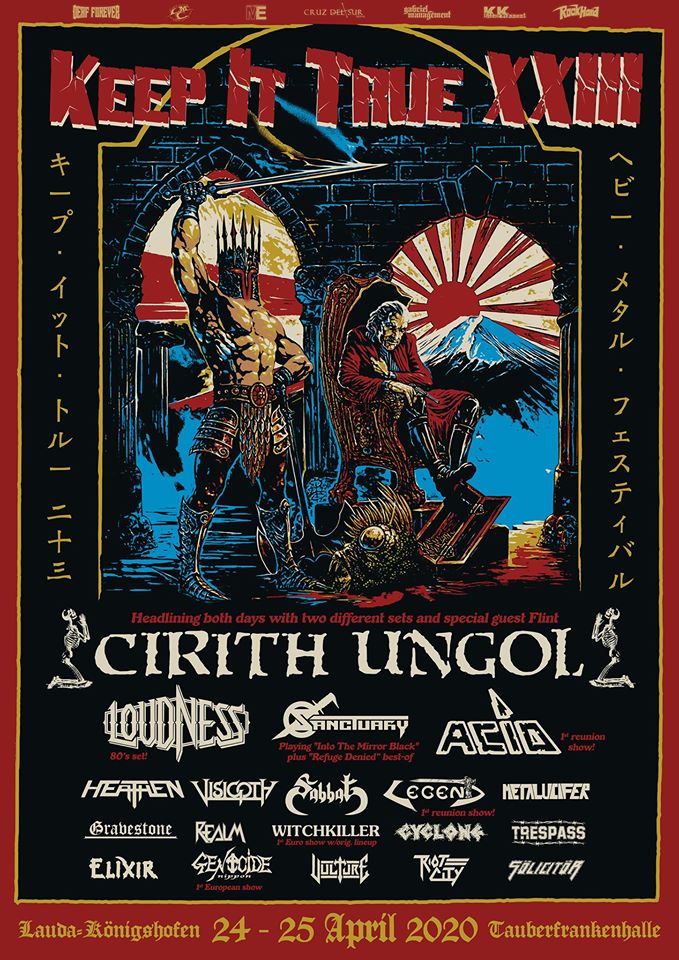 “We regret to inform that Flint will not be able to make the trip. He has some personal things to work out. The current band will still be there and have two very special sets planned for you all, along with a limited edition vinyl color of our new album Forever Black only available at Keep It True!” 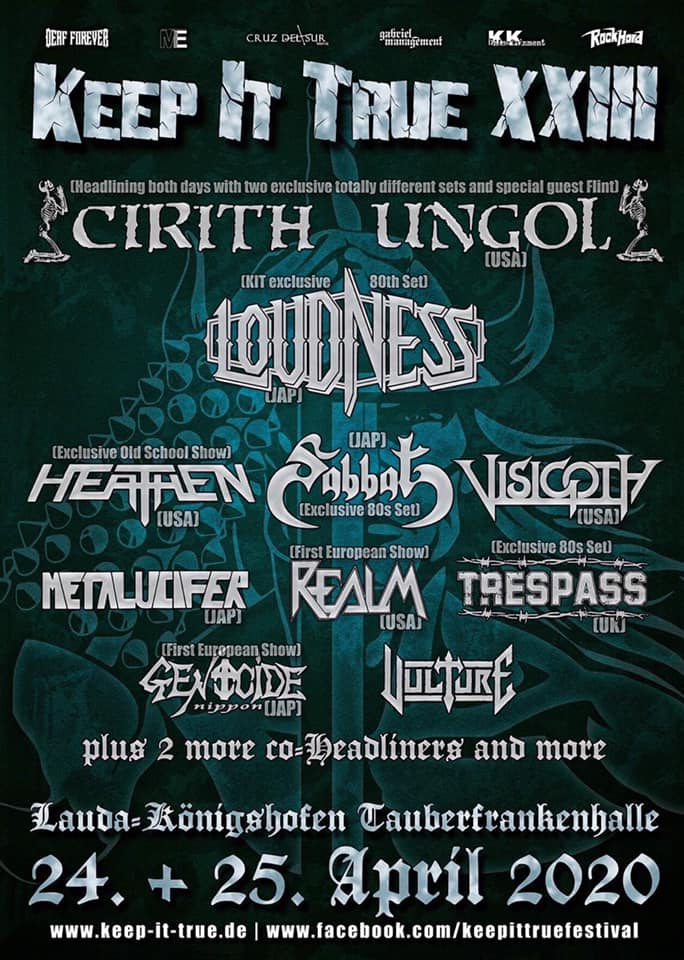