Headlining the festivities at The Underworld on Saturday, May 12, will be California’s legendary kings of the dead, CIRITH UNGOL. After a string of wildly successful reunion shows in the United States and continental Europe during the last two years, Cirith Ungol will be making their first-ever UK appearance at Frost and Fire London. 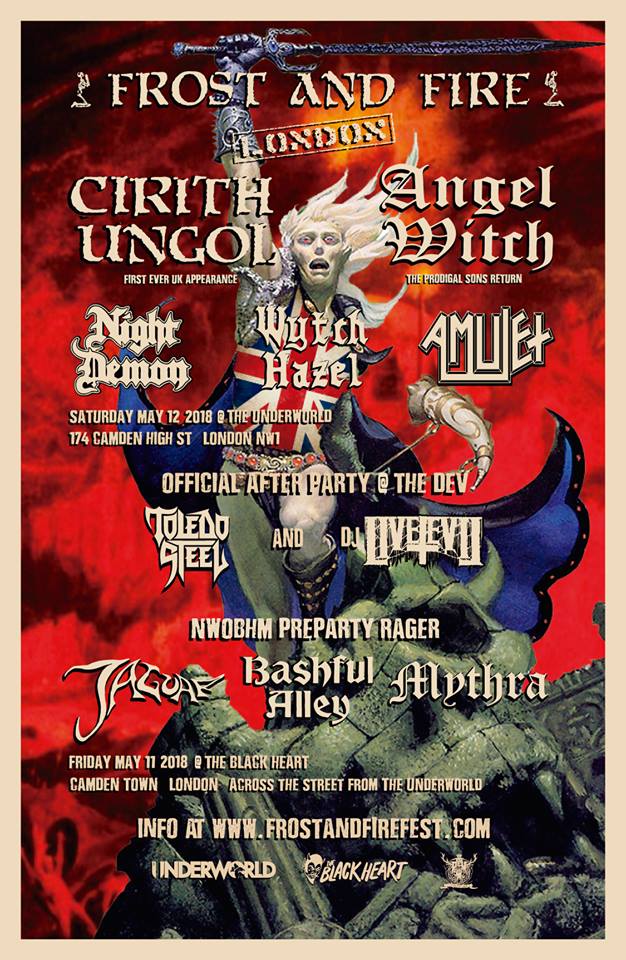