Band The Angry Samoans
Records
(Ex-) Members
Back to...

The Angry Samoans is a Californian punk rock band in the first wave of American punk. Pat J. Galligan a.k.a. P.J., who previously played in pre-Cirith Ungol band Titanic with Greg Lindstrom and Robert Garven, played lead guitarist from 1979-84.

Samoa is a group of islands in Polynesia, divided between American Samoa and the nation of Samoa.

Trivia: “Metal” Mike Saunders is a rock critic and the singer of the Californian punk band Angry Samoans. Mike Saunders is credited for one of the first coinings of the term heavy metal as a sub-genre in a 1970.

He is credited with coining the music genre label “heavy metal” in a record review for Humble Pie‘s As Safe As Yesterday Is (Aug 1969).

The Story of Metal, the original text is shown in a close-up from the 12 Nov 1970 issue of Rolling Stone Magazine, in which he wrote: “Here Humble Pie were a noisy, unmelodic, heavy metal-leaden shit-rock band, with the loud and noisy parts beyond doubt”. The original text is shown in the VH1 Classic documentary Heavy: The Story of Metal from 2006 (playtime 11:00 – 18.00).

This album is a far cry from the currently prevalent Grand Funk sludge, because Sir Lord Baltimore seems to have down pat most all the best heavy metal tricks in the book. Precisely, they sound like a mix between the uptempo noiseblasts of Led Zeppelin (instrumentally) and singing that’s like an unending Johnny Winter
shriek: they have it all down cold, including medium or uptempo blasts a la LZ, a perfect carbon of early cataclysmic MC5 (“Hard Rain Fallin’”), and the one-soft an-album concept originated by Jimmy Page and his gang. 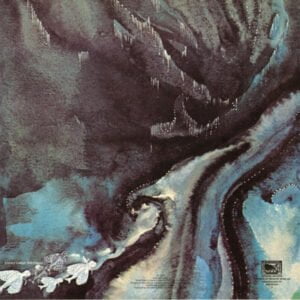 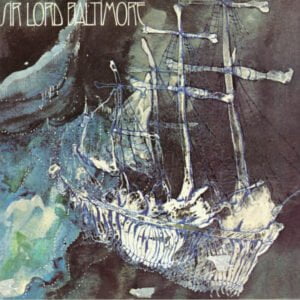 See the Just So Stories: How Heavy Metal Got Its Name—A Cautionary Tale and Heavy Metal Music.

I took contact with lead vocalist Metal Mike Saunders aka Michael Earl “Mike” Saunders (born May 1952) to learn more about the P.J. days. In his own words:

i have his mailing address (his mom’s old house) where we send his 2 or 3 or 4 hundrd dollars share of sales royalties/airplay/licensing etc, same address that’s unchagned since we first met him in 1979 (before the first gig we played with his ventura punk band the T.U.M.O.R.S. at Unit 28, saturday afternoon spring 1979 at CAmARILLO STATE HOSPITAL). let me look it up. 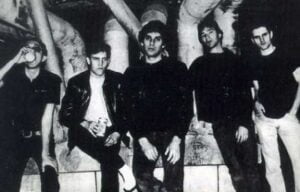 i (recently) finally saw/read the correct rundown of his involvement in the pre-Cirith highschool band TITANIC omg hahaha so funny. oh well, the Ramones came from Tangerine Puppets basically (tommy and jonnny, highschool 1966/forest hills) so what the hey.

check our ANGRY SAMOANS 1979-1984 (or i think also, the very bottom of our ANGRY SAMAONS 1978-1979 section) in the photos. it’s got the scan (on my scanner last year) of his THREE ENTIRE TYPED PAGES….applying for the vacated job (injune 1979) of lead guitarist for our retarded punk rock band.

without him, our band would hagve disappearded/there wasn’t ONE SINGLE TOP NOTCH punk rock rhytmm guitar poun der left in the entire LA/OC/SFV/I-Empire circuit. all the other killer guitarists were in bands (permanently). ok, save maybe Dez Cadena who was one year away frmo joining Red Cross (briefly, as guitarist before Black Flag as singer).

PJ kicked out in late 1984 (after 5 entire years of shitty paying gigs and general mistreatment by the rest o0f the world, including punk rock), suppoosedly for being a “fuck up” and bringing entire CANS of laughing gas/nitrous into band practices (which were just once weekly/Sat afternoon, minus any weekend where a gig was booked). hahahaha. by the end of the 80′;s (when we re-auditioned hinm five years later, the next time the position re-opened) he had lost 25% of his “rhythm guitar power” and didn’t cut it anymore, so we sent him home. private auditon in a living room mind you. (to inspect the guitar mechanics closely and at low volume but full distortion/practice amp).

strangely enough, our origna lead guitarist (my little brother() is a MOTHERFUCKER (to this day), still has his awesome 1961 Les Paul SG w/PAFs, and plays fast hard rock/garage-punk as badass as ever. but he wasn’t a “punk rock” guitarist, which is where PJ camein (to replace kevfin when he moved back east, june 1979).

his original “axe” that we saw him using (in the T.U.M.O.R.S.) was hysterical. an early 50’s SOLID BODY gold-finish Rickerbacker that probalby was coincident (chronologially) with fender’s first solid bodies. it sounded ehhhh and DIDN’T STAY IN TUNE after the fitrst 15 minutes because nitwit PJ had neer put good pegs/Schallers/(or even crap Grovers) on it. but i could tell the guy was crazy good, when his punk band rocked SUZY IS A HEADBANGER like lunatics, and PJ slammed out the bar chords harder/better than johnny ramone ever dreamed of (not that JRamone didn’t suck ass as a live guitarist, but whatever, 20 years on recordings are the only thing that really count, good work johnny. for disguising the fact that your rhythm chops totally suck, not steady at ALL, pal,shaky as fuck, your tempos/rhythm wobble/wobbles like a dead duck trying to fly)

in the samoans from day1, we loaned him one of gregg’s kiler Gibsons (another 1961 Les Paul SG still,or a good 63 red Melody Maker w/dimarzios like frehley ace of our faovrit ebnad 1976 KISS) so that worked out just well. blasted into one of our (two diff) (us other two guys) late 70’s 100watt Mesa Boogie amp heads. (PJ never had an amp that didn’t soundlike shit, the entire time he was in our band).

if you want to hear some of the hardest/banginging early-hardcore / wayfast pukrock rhythm guitar ever, put on a decent cond copyp of BACK FROM SAMOA the 2nd album (and last one he played on) — Steak Knife, Gas Chamber, Homo-Sexual, Todd Killings, the guy just killed it on the fast DOWN-strokes for fast punk rock songs/early “hardcore.”.

Check it out: The Angry Samoans

These links are automatic generated links and may not always give the best search result. Sometimes you might need to refine the search after having tried any of these links. If you know about any good deal for The Angry Samoans, don't hesitate to add a link in the comment field or in the forum. 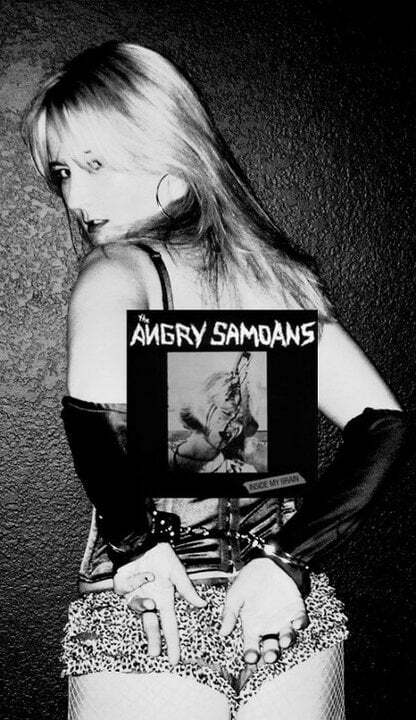 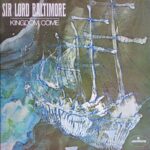 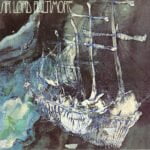 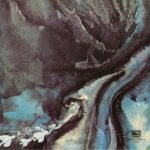