He has worked with many bands, including Death Angel, Gwar, Sacred Warrior, Stryper, Suffocation and Vengeance Rising. The band, in particular Rob, was not at all happy with his work for PL. For more on this issue, read some of the Cirith Ungol interviews from the 2000’s.

Below is an interview I did with Ron late 2016.

Rob has told us in interviews in detail how dissatisfied he was with the production on Paradise Lost. In an interview, he asks “Why weren’t we [the band] allowed to produce the CD the way we wanted if the whole thing was to be thrown in the trash anyway?” Please tell us your side of the story.

An answer to the first question why the band wasn’t allowed in the studio and why they weren’t allowed to make the record they wanted to make.
I’m not sure. I don’t ever remember not letting the band in the studio. This is another thing, the memory, as I’m finding out, is weird because you forget large portions of what happened. However I would discourage extra people from being around because of the time factor, it’s more efficient and probably better to just have one or two people around, but, I don’t ever remember saying no you’re not allowed in the studio, in fact, I know I never said that before to anyone, they remember that different apparently.

As far as making the record they wanted to make. I did take them to a different place than they were used too, and the question is; was it the right place or not? In hindsight for the last 25 years I would have said no to that question, I thought I cleaned them up too much, but now, listening again after all these years, I think it was the right place because it sounds really god and all of the positive response we are getting.

The main thing I did to them was simply put them in time. They they had their own Universe of time with everything in a different meter in a different tempo. Like I say I regretted changing all that for a long time cause I think it took the essence of the band away, but now, listening back, I think it’s all right, it’s a good solid record, it was never as bad as Robbie thought it was, and it’s not as good as people say it is now, that’s the real truth.

However, it is off the charts fantastic that the band is getting the the recognition they are getting now, that really makes me happy for them because Robbie was so unhappy with the whole situation and he blamed me and the production and the record company. He thought I had some kind of massive power that I could change the course of the world and I chose to use it against him. Even if I did have that kind of power I would never use it like that.

What did happen is a almost a normal record company situation. As I remember it, there was a delay before it came out as the company had changed from Enigma/Restless/Capital of 125 people into Restless with about 20 people. In that time Nirvana came out and that whole grunge thing what was happening and the Silverlake thing and nobody was interested in metal at that time. That is the life part, timing is super important. They what they want when they want it…and if they aren’t buying you can’t stop them

Robbie was seriously frustrated, and rightfully so, it wasn’t going his way at all, that’s life, sometimes it just doesn’t work out. I never took it personally though, in fact I never even knew he had a problem with me until a couple years ago, some of my metal friends who love Cirith clued me up. I wasn’t happy about it but I always loved Robbie, he was just bitterly disappointed and I understood completely. The cartoon is priceless btw.

Listening to the record now 25 years later, is there anything you would have done different?

I would have left about 4 or 5 songs off, about 8 of them are really strong and about 4 are a little flat. Hindsight is easy…..

From my understanding, you haven’t been quite best friends with the band since the release of Paradise Lost in ’91, but you are now getting along again. Is this right?

I think i I got that covered already – There is something else that I would like to stress. The trajectory of their current status is practically unknown, that almost NEVER happens. They go away for 30 years and move into legendary status and are headlining the festivals this year. That is just priceless. Richard Rodriguez kind of thing.

What is your favorite track(s) on the album?

I like them all, they are my children, u can’t pick one over the other…

Paradise Lost was released on Restless Records who also owns the right to the album. Apparently they didn’t care much for the album/band. They did not promote it, did not support any touring and refused to re-release it after it ran out of print. Why?

I think I covered this also. I might add by the time it came out the company and the industry had changed a lot. We were busy dealing with Weezer, Rocket From The Crypt, Ethel Meatplow, all sorts alternative and grungy things. The nostalgia thing didn’t hit too much later, 2010 or so? Thanks the true metal heads they didn’t let it go away. The same thing happened in the punk scene a few years earlier, some records were only pressed 2000 pieces or something like that and the collectors and fans kept it alive until everyone got a little older and got rid of the kids and wanted to go out again. Thanks for that world….

How come it was re-released on Noble Rot in 2007? And who is Noble Rot anyway?

I know nothing about this, Bootleg I suspect.

How come it was then re-released on Metal Blade Records in 2016?

I also had nothing to do with this until they needed the tapes. Obviously there is a market and some love at Metal Blade. I did send the record to Brian Slagel way back when we made it.

There are five alternative mixes on the 2016 CD issue. What is the story behind these mixes? And what is your opinion on them compared to the album versions?

I suspect we ran more than one mix and they were on the real. I didn’t have much to do with it releasing them.

Are there any other tracks that were recorded but not released?

No, I don’t think so. Robbie would know for sure but I dont think we had any extra songs.

There is a music video for Join the Legion that to this date remains unreleased. Are you involved with it? How is it, and when will it be shown for the public?

I don’t know anything about it, another question for Robbie

There are a couple of people credited on the record sleeve which there is little or no info about to be found anywhere else. Can you tell us briefly about Joe Malatesta, Robert L. Warrenburg, Chris Mcdonald, Jeff Cowan, Robert Feist, Dom Tittle, Jim Rissmiller, Dave Lawson and Larry Nolan?

Most of them I don’t know

Jeff Cowan was the studio guy I think. He’s a little famous, especially around Ventura, he had a really nice studio, I loved working up there. I think the band rehearses there now.

Robert Feist – Mixed this record and may other ones, including most of my record, Grandpa Death Experience – “The Unforgiving Shoe Of The Future” Do a search on Rob, it’s extensive

Will you be attending Frost and Fire Fest II?

No, but I expect to get to KIT this year, maybe the other one also, see you there eh?

Anything else you would like to say to all the Ungolians out there?

Dude, CU is epic, mythical, and have ENORMOUS capitol to spend (so to speak) spend it wisely….

Thank you very much for this interview. It is something I and all Ungolians have been wondering about for years!

You are welcome, it is my pleasure
Ron 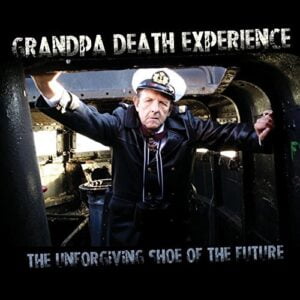 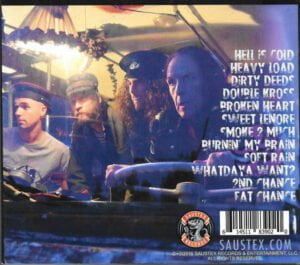 It is with great sadness that we say goodbye to the great rockstar and sweetest friend Ron Goudie aka Grandpa Death. He… 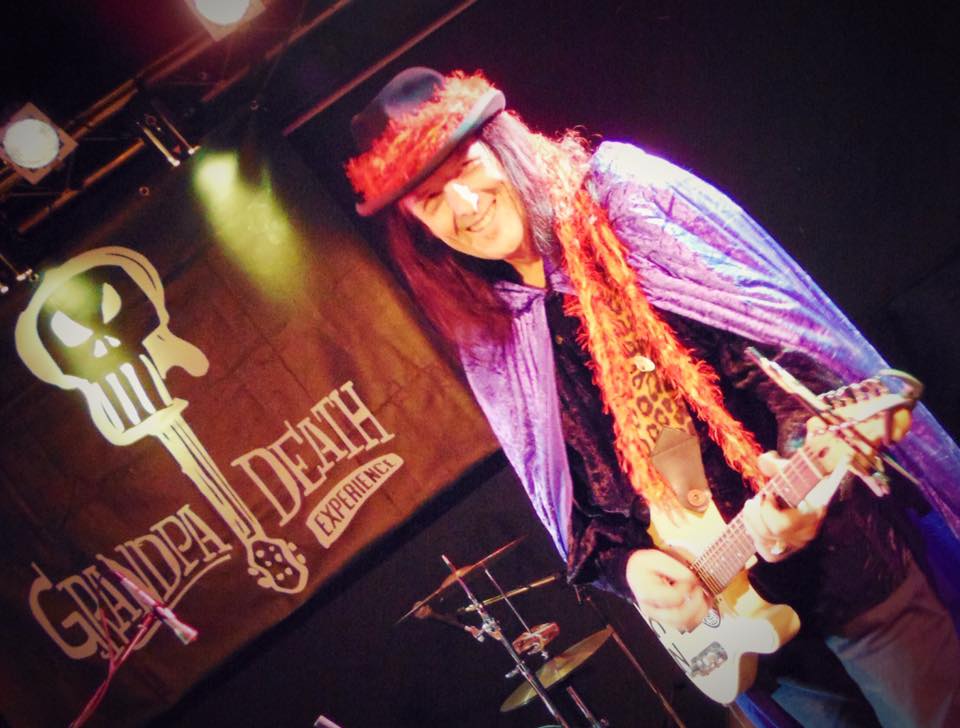 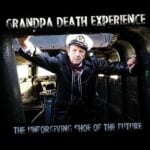 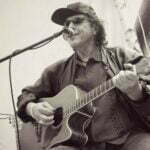