He played with Rob and Greg in Titanic from 1969-71. Rob and Greg bailed to form the heavier band Cirith Ungol, while Pat joined some punk bands later.

His parents had a folk singing group that he was part of, “The Galligan Family”. He played rhythm guitar.

Pat was a big Beatles fan at the time so we started playing all Beatle covers. First song we played was “Get Back!”. To make a long story short, the rest of us were into more heavier music and so the three of us [Rob, Greg and Jerry] quit Titanic and started Cirith Ungol. 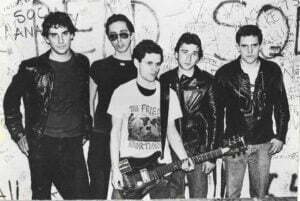