Michael “Flint” Vujea (misspelled Vujejia) was bassist with CU roughly 1980-1988. He joined after the recording of Frost & Fire, but before it was released. They guys liked him so much that they decided to include his picture and credit on the album cover despite the fact that Greg Lindstrom played ALL of the bass tracks on Frost & Fire. Birth year unknown.

Flint was also present at the meet and greet/signing session on Frost and Fire Fest 2015.

His nickname, Flint, derives from the fact that he fit so well in CU right off the bat. Taken from the goofball Swingin’ Sixties spy flicks starring James Coburn (Our Man Flint and
In Like Flint). The real origin dates back to 1943, when the saying In like Flynn, was a reference to swashbuckling star Errol Flynn’s taste for underage poon-tang. That almost ties in with the ol’ Cirith Ungol song Tight Teen, lyrics by the young Robbie Garven (who himself was only in his late teens). 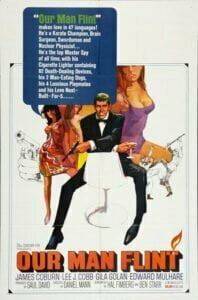 Full film (Our Man Flint, not In Like Flint): 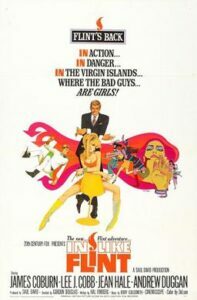 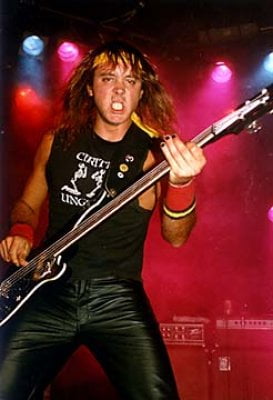